Hit enter to search or ESC to close
Articles

How to remove concrete anchors by using restrained joints

Traditionally, uncompensated force is balanced by the use of huge concrete blocks which act as an anchor. However, these blocks could be easily dispensed through the use of restrained joints.

This procedure is not only effective in the case of two pipes arranged in the same direction, but it is also effective when the pipes are arranged at an angle forming an elbow.

Compensating the energy in the bends is possible since the force is balanced by the rest of the pipe, all of it locked and linked as if it were a chain. The force is transmitted from pipe to pipe, with the advantage that a significant part of these forces is dissipated by friction against the ground, as the pipe is laying on the ground or, even better, to promote dissipation, buried.

In the restrained joint pipes, the hydraulic thrusts generated in direction changes are not capable of producing the disconnection of the pipe or fittings, and are balanced by the friction between pipe and ground in the straight sections. (Reflected in the following diagram) 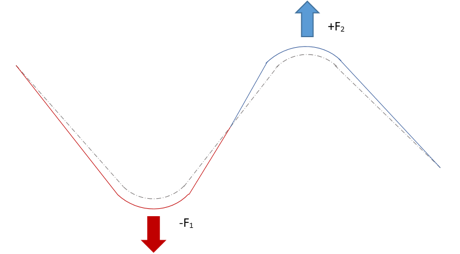 In practice, even at high pressures, resultant forces are completely dissipated after between 2 and 25 pipe sections (that is, between 12 and 150 meters in 6m long bars). If there is also an opposite-bend (a bend in the opposite direction to the previous bend), this counter-bend contributes to dissipation, by balancing its resultant with the resultant of the previous one.

TYTON SIT PLUS®: This joint guarantees tightness and offers resistance to disconnection at the pressures indicated by the manufacturer. The Tyton® gasket itself incorporates stainless steel teeth that are nailed into the surface of the cast-iron tube and avoid, by friction, disconnection. The pressure level does not depend on the TSP joint but on the thickness of the iron pipe. The pressure for a thickness of cast-iron pipe K9 or its equivalent pressure class, is higher than the recommended pressures for the preferred classes.

This joint does not require any tube surface preparation for installation (there is no weld bead at the end of the spigot). The joints are restrained and do not require anchor blocks, bolts, grooves, rods, clamps, or retainers, resulting in savings in labor, material and time. 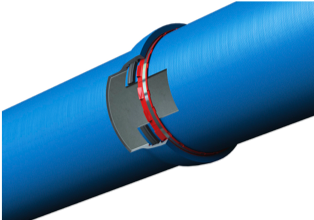 DC-LOK®: Unlike restrained joints without welding seam that work by friction, this type of joint is a double chamber restrained joint. The TYTON® gasket is located in the traditional seal. We have a camera, which we call blocking or locking. Between the weld bead, also called blocking bead, we interpose some segments, which exert their function once the 3 elements make contact. The locking segments are inserted through one or more windows arranged in the front of the socket.

The DC-LOK joint system is ideal to prevent disconnection of pipe joints in complex geographic areas. All this can be carried out without the need for the use of concrete blocks or any type of anchor external to the tube that dissipates energy, since it is the system itself that performs this function. 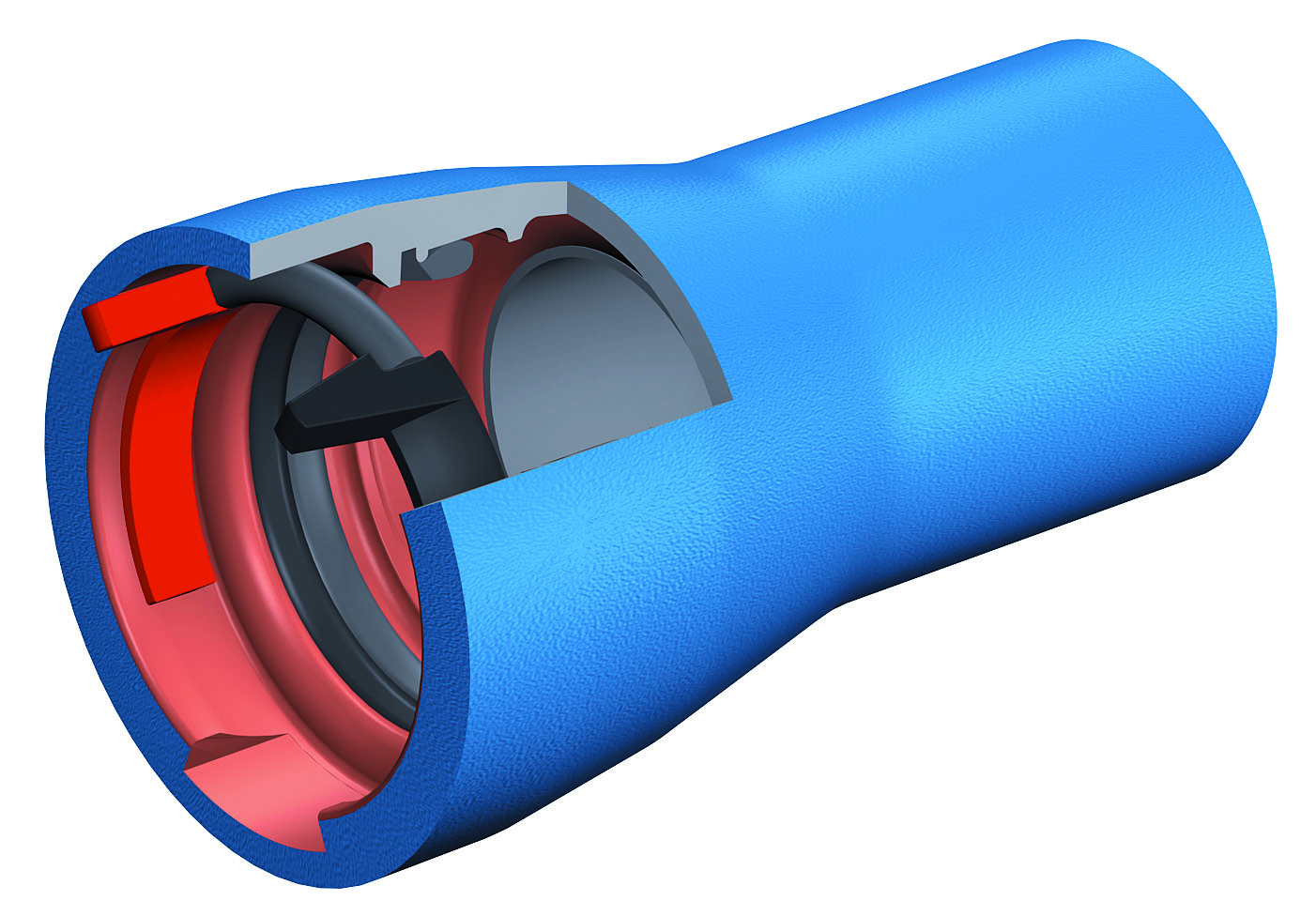 DC-FLEX®: This joint has a safety system for operating pressures up to PFA 100 and has a deflection for each joint of up to 5º. Like DC LOK®, it is a quick and easy connection joint without welding.

CONSTRUTEC Duktil offers a wide variety of highly versatile joining systems for ductile iron pipes, allowing the joining of all the existing elements in the network and dealing with the internal and external stresses that may occur in each one of them. 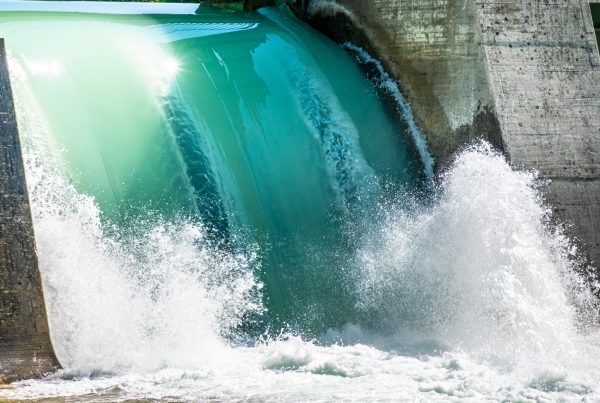 The countries with the greatest hydraulic power 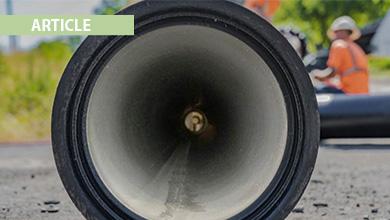 Why is cement mortar applied as an internal protection against corrosion in ductile iron pipes? 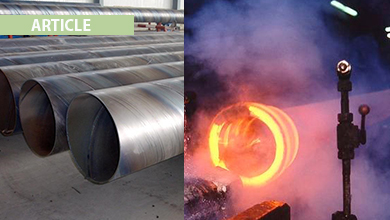 This website uses cookies, both its’ own and those of third parties, to collect statistical information about your browsing usage. If you continue on surfing, we will consider you are in acceptance of its use.Acepto+ info